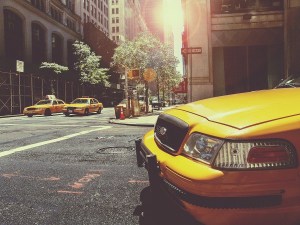 Martin Truex Jr. won Sunday’s Toyota/Save Mart 350 at Sonoma Raceway, after a clever bluff by crew chief, Cole Pearn. During the final stage of the 110 lap race, Pearn called Truex to pit road from second position on Lap 73. Kevin Harvick, who was leading at the time, pitted as his crew chief called the Stewart-Haas Racing driver in for service, too. Pearn then made a last-second call to stay out, giving the 2013 Sonoma winner the lead.

Truex, and his Furniture Row Racing team held their breath hoping Truex could maintain, or stretch, his advantage. The FRR crew then got their chance to help the bluff be a success on Lap 81, when the 2017 champion received service for the only time during the final 55 laps. There weren’t any cautions during the final stage. After Truex, Harvick pitted on Lap 91. That allowed Truex to hold a 23.8 second lead over Chase Elliott.

As the laps wound down, all Truex had to do is run a steady pace and hope he never saw yellow laundry. “All you’re doing is begging, hoping the caution doesn’t come out,” Truex  said of the end of the race. “Then you’d have to pit, and you don’t know what could happen. It messes the field up. Just hoping for no cautions and don’t make any mistakes and hope the engine stays together.”

Pearn said the Lap 73 call would’ve occurred, even if Harvick hadn’t taken the bait. “We knew we were going to do one stop – that was kind of our plan,” Pearn acknowledged. “We just really needed them to pit earlier for it to work out. It was a bit of a gamble, but obviously, it paid off. It worked out great. It’s tough. Everybody is so good in this (series) that sometimes you have to do something different to pull one out.”

With win three of the 2018 Monster Energy NASCAR Cup Series season, Truex heads into this weekend at Chicagoland Speedway with momentum. Truex won the last two Chicagoland races, both of which were playoff-opening events. This weekend is the first season since 2011 the “Windy City” race weekend hasn’t been a part of the post-season.

Episode 16 of the Track Talk podcast previewing Chicagoland, is below.